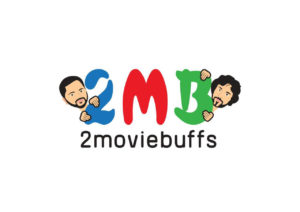 A Vast experience is indeed the essential asset that a producer must possess and apparently, P.S. Raghunathan has exerted his inmost enthusiasm over 12 years of journey in Sales & Marketing in Telecom Industry. Having achieved the most proficient spell of high-profile accomplishments, he embarks on his production into films with a much bigger panorama through the banner of
Two MovieBuffs LLP (2 MB). The production house is already on its first co-production venture with Amma Creations T. Siva, who is profoundly involved in the production of movies over 25 years. The first joint venture of these significant houses titled ‘Gemini Ganesanum Suruli Rajanum’ starring Atharvaa Murali, Regina Cassandra in lead roles is already in full swing from last month.

On an independent  note, Raghunathan is venturing into the production with  Kayal fame Chandran playing the lead role with debutant Director Sudhar who had carved a name for himself in the short film circuit.Sudhar has narrated a  never seen never before concept as the story line.’ We are in the process of magnifying this project with the best of cast and crew and it will be announced  shortly.  We will be having an auspicious beginning to his film with a simple pooja by 15th of this month.  I grew with  loads of love and passion for good cinema. Producing a film not just fund raising it is more of  designing , planning and executing . In 2MB we are determined to cater to all sections of the audience. As we climb It’s a great bliss to have a great and genuine person like Mr. T. Siva, sir.  His wizardry in churning great projects over the years and his intelligent cherry-pick of movies has been his colossal USP. We as a team at 2MB are so much delighted and privileged to have his guidance, which we believe would endow us with best results.”concludes P S Raghunathan with confidence.