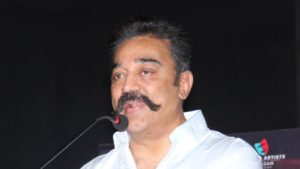 “Mudinja Ivana Pidi” is the title of the movie that Sudeep would be acting for the first time in a Tamil release. Sudeep is a popular hero in Kannada cinema and now he is acting in this bilingual that is directed by K.S.Ravikumar and has music by D. Imman. Now it is confirmed that Kamalhassan would be present at the audio release of the movie and would be releasing the audio as well.