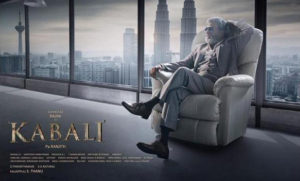 Neruppu da already a smashing hit among superstar fans, sounds more powerful with Superstar’s vocals all over the track along with Arunraja Kamaraj’s raging voice. The energy of the song has been rightly complemented by his own lyrics. The sirens and the electric guitar riffs take it to a whole new level of mass. As most of the lyrics and vocals can easily be related to the real life of Rajinikanth, this song is definitely set to remain the favourite of fans for quite sometime from now.

The pain carried in the song’s situation has been beautifully conveyed. The wind instruments add so much heart and soul to the vocals & pradeep kuamr’s voice expresses the loneliness and pain. Though the song reminds a whole bunch of santhosh narayann’s template melody songs with a hint of irish feel to the tune, still will most possibly secure a place in the evergreen melodies list after being watched visually. Song seems like a flashback melody, which has been so beautifully mixed and mastered. Kudos to commendable work there.

A slow paced start followed by the surprising Tamil & English rap portions and a very interesting choice of singers makes us give attention to this track. Though the tune has not much interesting to offer as the song goes on, still the vocals and lyrics keep us tuned to it. The jazzy feel added by the instrumentals gives a noir mood to the song at places. This could be the surprise hit of the album, watch out for it.

A minimal song with a fine vintage flavour those Ilayaraja songs used to carry. Guitar strums sprinkled at places helps create an unexplainable anticipation in the listener’s mind. Even with not much of instrumentals mayanadhi can easily hold your interests through its mesmerising vocals and the minimally delightful tune. A very promising love song that is sure to linger in the minds right after listening the first time.

Unlike Superstar’s usual intro songs, this one has so much to offer to music lovers and definitely an instant hit. Though the song has varying paces and variety of vocals still manages to maintain the grandeur, fun & frolic right from the start. Ulagam oruvanukku can instantly strike the chord with the listeners for its cheerful tune and the singers take it to another level with their energy. Though few lines in the song are difficult to understand as the music dominates, still the quirkiness of the song can keep the listeners hooked.

As a whole, Kabali the much-awaited album is a beautiful mix of variety, uniqueness and can surely be considered as a very special one for Rajinikanth fans. The songs are Classy, Catchy and sure to appeal music lovers.

Though there might be some disappointment among the fans as there is only little to offer in the “Mass” front, we are sure Santhosh Narayanan & Pa.Rantjith would have delivered what is best for the film.