Sibiraj, one of the talented and young Tamil heroes gave a hit film with Director Pradeep Krishnamoorthy and Music director Simon K. King. This combination is coming back with another suspense thriller in combination with popular actor Sathyaraj. The film will beexploring a new themeto be produced byDr.G. Dhananjayanand LalithaDhananjayanof Creative Entertainers and Distributors. The film will star Sibiraj, Sathyaraj, Nasser and many others. 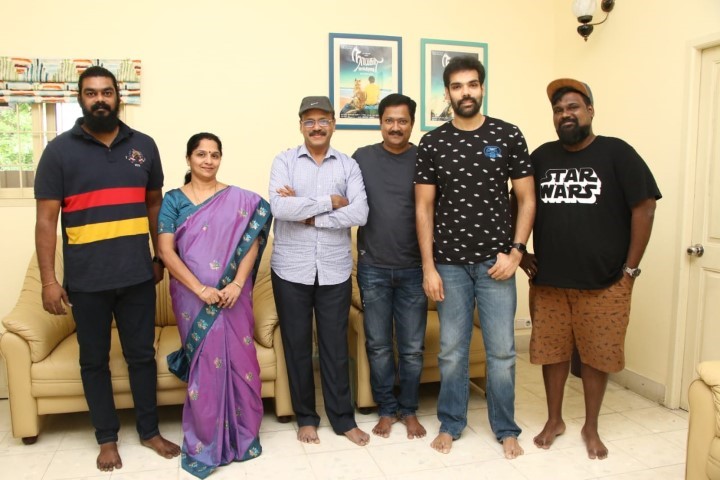 Sibiraj and Sathyaraj are coming together again after their recent hit combination in the film ‘Jackson Durai’. The music will be by Simon K. King, who got great acclaim for his recent film ‘Kolaigaran’ starring Vijay Antony and Arjun. The lead heroine and a few more technicians are to be finalized. The film will be Directed by Pradeep Krishnamoorthy, who directed the super hit ‘Saithan’with Vijay Antony and also ‘Sathya’ with Sibiraj, which became a big success in the career of Sibiraj. Director and Dialogue writer John Mahendran is penning the dialogues for the film.

The title of the film is yet to be decided and shall be announced soon. The film’s shoot begins in November and shall be completed in a single schedule by January 2020. The film is targeted for release in March 2020.

Dr.G. Dhananjayan of Creative Entertainers and Distributors is a two times National Award winning Producer and distributor in Tamil, who distributed Samantha Akkineni’s Tamil version of the film ‘U Turn’ and Vijay Antony’s ‘Kolaigaran’ recently. He was also the Producer of recent films ‘Mr.Chandramouli’ starring Karthik, GauthamKarthik, Regina Cassandra, directed by Thiru and ‘KaatrinMozhi’ starring Jyotika, Lakshmi Manchu, Vidaarth and others, directed by Radhamohan.

Cast:Sibiraj, Sathyaraj, Nasser and many others.

Production: Scheduled to commence in November 2019