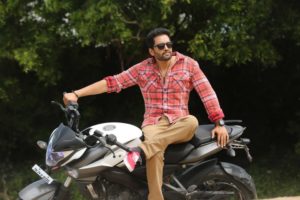 It doesn’t get bigger than this! For the first time ever, comedy king Santhanam will be seen in not one or two but three roles in a film!

Do we even need to say that the comedy quotient of the film will be three times more than that of any other film released so far?

Yes, the comedy caper, which has already triggered a huge amount of excitement in the industry, is to be bankrolled by Kotapadi J Rajesh’s KJR Studios, known for producing quality films like Aramm, Gulebagavali, Airaa, Hero and Ka Pae Ranasingam and distributing superhits like Viswasam. The film, which will be a science fiction comedy, is to be produced by Soldiers’ Factory, which is owned by K S Sinish, the director of the Jai,Anjali-starrer Balloon.

The team has said that the title of this much awaited project will be officially announced at 5pm on September 5.

The reason why news of the film has generated so much excitement is not only because of the fact that Santhanam will be doing a triple action project for the first time but also because it is being directed by one of the most promising writers of the Tamil film industry, Karthik Yogi.

Interestingly, Yogi will be making his debut as a director with this film, which boasts of a really classy and confident technical team. In other words, one can expect some really creative content that has never been witnessed before.

The film, which is to go on floors shortly, will release in April, 2020. Keep watching this space for exciting announcements about the cast and the crew of the project.