Kids, aren’t they something? These adorable creatures bring happiness to many, and that is why we love to see them in movies. While many use kids as supporting characters, there are some that have proved that a movie just based on kids can also make up for a great story. While many directors steer away from such movies, there are some who have understood the potential of these young actors and managed to deliver hits. These hits have influenced a lot of filmmakers in multiple industries. 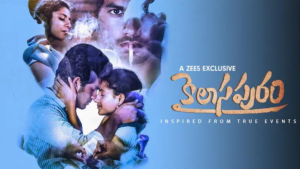 Were filmmakers are still having second thoughts about them, ZEE5 is all set to release a thrilling web series revolving around teens called Kailasapuram. Kailasapuram is a new ZEE5 original that will be hitting the platform in June and I, personally, am very excited but more on that later. So, if you are looking for movie or web series that is solely based on kids, then here is a list that you need to check out.

Kaaka Muttai: Who doesn’t like Pizza, right? But do you remember the first time you took the first bite of this delicious food? I bet you would have been damn excited and that is what this movie is all about. This 2015 movie revolves around the life of two kids who do everything that they can to try Pizza from the newly opened Pizza outlet in their locality. Kaaka Muttai won 2 National Awards on the 62nd National Award and took the box office by storm. The movie was written, directed and produced by the acclaimed Indian cinematographer – M. Manikandan and it was co-produced by Dhanush and Vetrimaaran.

Kailasapuram: There have some good web series where kids or teens have had prominent roles, roles like Breathe and As I’m Suffering From Fever, to name a few. However, Kailasapuram takes the dark route to show the life of five drug-addicted teenagers who lives in a small town in the outskirts of Visakhapatnam called Kailasapuram. The show takes the concept of drug addiction among teenagers to a whole another level. Thanks to its raw filmmaking style and fresh faces, the show has a gritty tone to it that goes well with its plot line. If you like to watch dark-themed web series, then you should lock this one for the weekend.

Pasanga Series: Series because there are two of them. Even though none of the actors was retained for the Pasanga 2, the crux of the movie was the same – kids. While the first one focused more on the kids and their rivalries in a classroom, the second one had a more preachy tone to it. Pasanga 2 focused on the malpractices done from the parent’s end, like keeping their kids away from the extracurricular activities and not letting them have playtime and many more. Both the movies are a must-watch for parents, and I think they can even help establish a good relationship between them.

Taare Zameen Par: Is being different a sin? Imagine what can make an eight-year-old ask this question to himself. The little souls have just started to fly in their dream, and the parents are already here trying to chop off the wings. This movie is about an eight-year-old boy who has been sent to a boarding school after his poor academic performance, without realising that he is dyslexic. The movie tries to break the age-old belief among the parents that academic performance and marks are everything. The renowned actor Aamir Khan took a back seat here and let the kid Darsheel Safary steal the show this time. The movie was so acclaimed that it went on to be was India’s official entry at Oscar awards.

Marina: Marina is a 2012 Tamil movie that shows the life of some orphan kids who have made the Marina beach as their home. The movie has all the elements that make this a great watch like a good plot line, songs and even a unique yet realistic love story. If you still think that the movie is not that good, then remember that children’s performance was so good that it overshadowed Sivakarthikeyan and Oviya’s team up.

These are just a few of the movies that you need did an exceptional job while weaving a story around kids and still managed to give an entertaining watch. What one is your favourite on this list? Let us know in the comments.