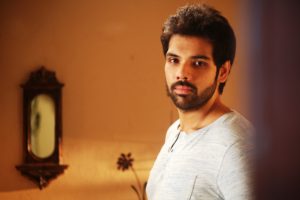 Right from the day one when Sibiraj – Aishwarya Rajesh starrer film earned its title as ‘Kattapava Kanom’, it began to swim in everyone’s heart. Produced by Madhusoodhanan Karthik, Shivakumar, Venkatesh and Lalith under ‘Wind Chimes Media Entertainment’, this Fantasy – Comedy ‘Kattapava Kanom’ is directed by Mani Seiyon (Associate Director Arivazhagan). For the very first time in the Tamil film Industry, the film ‘Kattapava Kanom’ has a live ‘Vaasthu’ fish in the lead role. Bounded and tied up with many spellbinding and fascinating ingredients, ‘Kattapava Kanom’ is now unfolded their four main interesting factors.

Secondly, Baby Monica who presently acting in Actor Vijay’s 60th film, has done a crucial role in the film. It can be said that the scenes of Sibiraj and Baby Monica will add a new essence that will skip the hearts of Audience.

And finally, Mime Gopi, who got familiar by ‘Madras’ and came into limelight through ‘Kabali’, is introducing as a full-length Villain in ‘Kattapava Kanom’. Touted to be the most anticipated Fantasy-Comedy of 2016, ‘Kattapava Kanom’ is all set to release its First Look Poster by tomorrow.