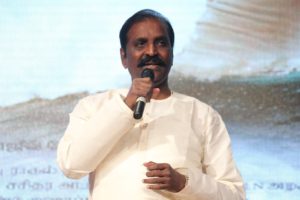 “My loving brother Arun Chidambaram , Writer, Actor and Director of ‘ Kanavu Variyam’ has won two prestigious Remi Awards. I am so happy that this award makes all Tamilians feel proud on this achievement and this is a world recognition for Tamils in arts and entertainment.

I have known Arun Chidambaram as a young poet and a dreamer. On observing his passion, I had a firm belief that it would take him to great heights and a greater stature. By making my belief true, he has strengthened my convictions. This movie is a slice of cultural aesthetics of the Tamils.

‘ Kanavu Variyam ’ reflects the culture of our land, its people, its children, our dreams, our expectations, our colors, and our thoughts. I was deliberating as to what would have been the fundamental reason this movie won 2 Remi awards and realized that it was because it faithfully mirrors the roots of our culture without any pretensions.

The world thrives on cultural roots of ethnic communities, their thoughts, their expectations, their struggles and the hope that is borne out of a little offshoot of faith that springs in midst of life’s struggles. Arun Chidambaram has portrayed how such an unswerving faith resurrected a village that has no power.

I am proud of this award. I am also proud that the boy who grew up in front of my eyes, the boy who was in love with our literature, has risen himself to the heights of world artistes. Remi is not an easy award to win , it is dreamt by many but achieved by a select few. We realize the height of Arun Chidambaram when we take cognizance of the fact that he is in the same league as Steven Spielberg, Ang Lee, and makers of ‘God Father ’ who are the previous recipients of Remi award. Arun has reached great heights and I am sure that he will scale many more peaks.

I commend Arun as ‘Arivazhagan – Man of Knowledge’, who is a proud son of ‘Aanzhagan- Man of Steel’. Tamils must support this movie. ‘Kanavu Variyam’ also has the honor of being the first Tamil movie to be released by Warner Bros. Pictures , the world famous Hollywood film studio.

This is the second huge recognition for the movie.

My best wishes to Arun Chidambaram. You have attracted the attention of the world through ‘Kanavu Variyam’. Borrowing the great poet Bharathi’s words, I wish you thus – ‘Let your dreams come true and what is within your reach, let it be expedited’.

The recognition for this great achievement is equally shared between Arun Chidambaram and Karthik Chidamabaram. Best Wishes.”

Apart from playing the lead role and directing the movie, Arun Chidambaram has written the Story, Screenplay, Dialogues and Lyrics for ‘Kanavu Variyam ’.

Jiya (Introducing) plays the heroine. Other star cast include Ilavarasu, Black Pandy, Prof.Ku.Gnanasambandan, Yog Japee and Sendhi Kumari. Music is by Shyam Benjamin, Cinematography is by S.Selvakumar and Editing is by Gaugin.

‘Aanazhagan’ Dr.A.Chidambaram welcomed the guests and Karthik Chidambaram Thanked everyone for coming and making the event grand.

From Chicago to Shanghai – The victory of Director Arun Chidambaram continues…