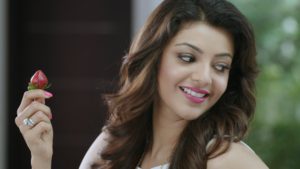 There seems to be some changes to the cast of Ajith’s 57th film, to be helmed by ‘Siruthai’ Siva. Since Anushka Shetty, who was originally proposed as the movie’s heroine, was busy with other commitments, she might be replaced by Kajal Aggarwal.

“Kajal was thrilled when she was approached for the project, since this would be her first film with Ajith. She is expected to sign the dotted line soon,” source said.

The ‘Thupakki’ and ‘Naan Mahan Alla’ heroine is said to be adjusting her dates to accomodate herself for the film. Meanwhile, another update about the project is that Sai Pallavi of ‘Premam’ fame will be doing a crucial role.

The film, which is now called as ‘AK 57’, will have music by Anirudh and cinematography by Vetri. Talking about it recently, producer T G Thyagarajan of Sathya Jyothi Films said, “this will be our biggest by all means. The script director Siva had narrated to us and the perfect planning he puts into practice in every move assure a great success. This film will be short extensively in abroad.”