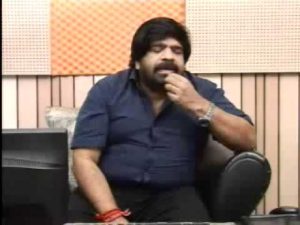 Today (October 3) is the birthday of multifaceted personality of Tamil cinema T Rajendar, fondly TR. However, the veteran has decided not to celebrate it this year, due to the hospitalisation of chief minister J Jayalalithaa.

Even as wishes pouring in on him from various quarters, the actor-director-lyricist-music composer-script writer-cinematographer etc has called for a press meet in the city today.

Rajendar started off in the Kollywood industry making successful films which included him as an actor, playback singer, dancer and scriptwriter. He gained popularity through his one-of-a-kind style of acting.

During the 1980s all his movies were blockbusters running for years and the songs were also well appreciated. He is known for introducing new faces in his movies, and many of the actresses who debuted in his movies have been successful in south cinema, including Amala, Nalini, Jyothi, Jeevitha, and Mumtaj.