Director Lee Unkrich was in the talks after the success of ‘Toy Story 3’ and and also for his win at the Oscar’s. He immediately started working on a movie that focused on the Mexican holiday, Coco. Seven years later, the movie is now releasing on November 24 and the experience of making it was unlike any other Pixar movie before.

John Lasseter has been the head of the Pixar/ Walt Disney Animation department for over two decades and has been a major reason for the visionaries behind the scenes. For Unkrich, it was the Day of the Dead holiday that really fascinated him as an entry into telling a story.

It would be the first time that Pixar would tell a story around a cultural celebration. The story follows a young boy named Miguel who secretly wants to be a famous musician, though his family has forbidden music after his great-great-grandfather left the family to seek out fame as a musician. While celebrating Day of the Dead, Miguel magically ends up in the Land of the Dead, and must go on a journey to find his way back to the living while also searching for his great-great-grandfather.

The director admitted to the fact that making ‘Coco’ has been a learning process from the start but they really hit their stride when they put together a group of cultural consultants. It was the first time on any Pixar movie that outsiders were allowed into the studio’s creative process. And getting the feedback of outsiders didn’t stop there. These meetings with the consultants and Latino community didn’t lead to any major changes to the story, Unkrich said, however they were responsible for many small tweaks that increased the movie’s connection to Mexican culture.

“We ended up bringing in periodically big groups of all sorts of folks from the Latino community, from artists to writers to political figures to media executives, because we wanted to get a lot of different perspectives,” Unkrich said. “What we quickly learned is there is no one right way to tell a story set in the Latino community, there are a lot of different opinions. Part of our challenge was trying to navigate all those different opinions to figure out our path forward.”

One example is a change in how the character of Miguel’s grandmother, Abuelita, disciplines people.”In her earlier conception we gave her a wooden spoon that was tucked into her apron string and she would whip that out and kind of hit you to express displeasure,” Unkrich said. “It was at one of our earlier screenings that a couple of our cultural consultants said, ‘A spoon has nothing to do with Latino culture, she should really pull off her chancla, her slipper, and hit them with it.’ And that was the first time we learned about la chancla, and we embraced the idea fully. That one adjustment has proven to win us a lot of points in the Latino community because it’s something a lot of people grew up fearing.”

Lee Unkrich wanted his this movie to be perfect and tried to leave no stone unturned while researching and making changes in the script according to the changes that were suggested.

Disney-Pixar’s Coco, directed by Lee Unkrich and co-directed by Adrian Molina, stars Anthony Gonzalez, Gael García Bernal and Benjamin Bratt in a story about a boy who, inspired by his idol, the late, great musician Ernesto de la Cruz, sets off on an adventure of music and mystery, resulting in the most unusual family reunion. 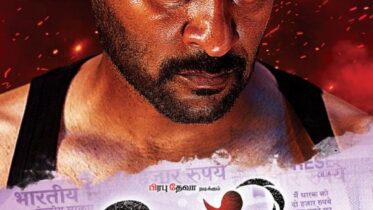 THAEL is an action thriller written and directed by Hari Kumar. The film opens up acknowledging the source of its idea to a South Korean…