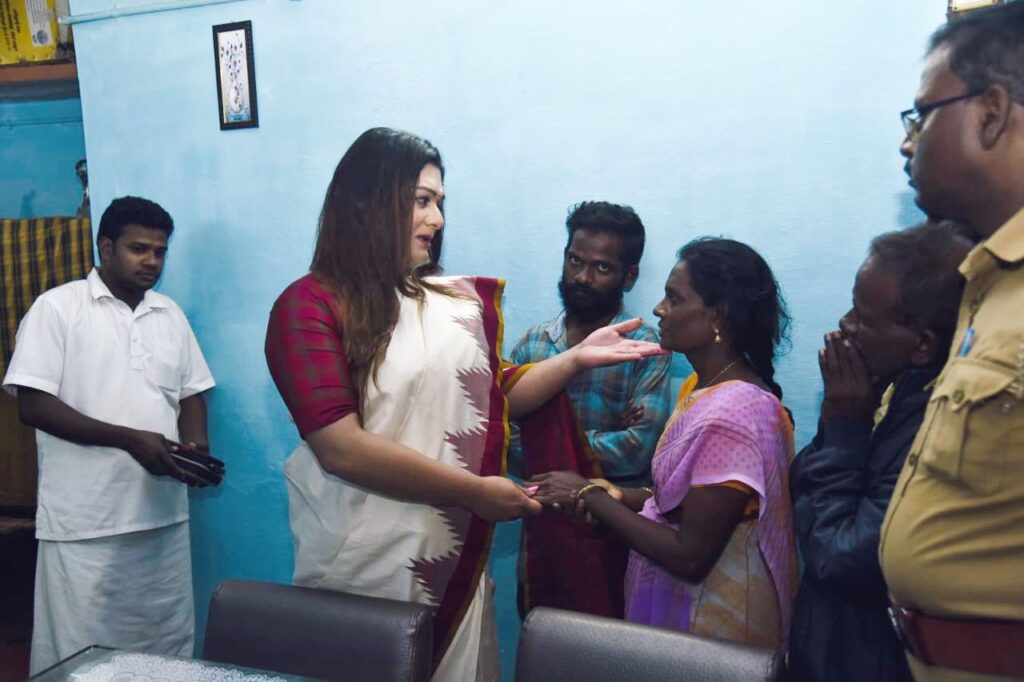 AIADMK spokesperson and senior journalist Selvi Apsara visited the bereaved family of Football player Priya who died due to medical negligence. during the tearful meet, Apsara urged the parents to celebrate the life of their brave daughter. As she was speaking to the parents, supporters of DMK MLA Sekarbabu started heckling and teasing her since they wanted her to leave. apsara said, “Medical negligence happens because this government doesn’t care about public health. it is heartbreaking to see the family in such grief. priya was killed due to absolute apathy of this government. apsara questioned, why Stalin not made a statement and how can he conduct a medical manadu when his public health system is crumbling!

she added, “During Corona pandemic which was no fault of the government, Stalin, then Opposition leader made a fuss and said AIADMK should give 1 crore rupees as compensation. today, when he is the Chief Minister and the fault fully lies on his government why is he announcing solatium of only 10 lakhs for priya’s tragic death. the doctors must be suspended for life from medical service and booked under criminal IPC sections.”