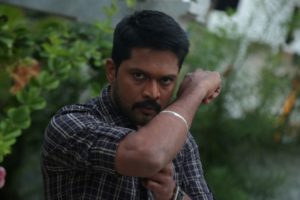 Actor Soundararaja who was introduced as a villain actor in the super hit movie Sundarapandian, took his career forward by good and prominent roles as Villain, Character artiste & Hero in various movies like Varutha Padatha Valibar Sangam, Jigardanda, Theri, Dharmadurai, Ennaku Veru Engum Kilaigal Kedayathu, Oru Kanavu Pola, Kadaikutty Singam, and the recently released movie Sillukuvarpatti Singam. Soundararaja is known for his unique and own style of performances and selection of roles in all his movies.

Actor Soundararaja is now playing an action role in the movie COFFEE. It is to be noted that, the actor has undergone special training for his fight sequences. This movie is written & directed by debut director Sai Krishna and produced by Sarathy & Sathish of Om Cine Ventures.

In addition, Soundararaja is playing a key role in Thalapathy63 movie with Illaya Thalapathy Vijay, directed by Atlee and produced by AGS Productions.