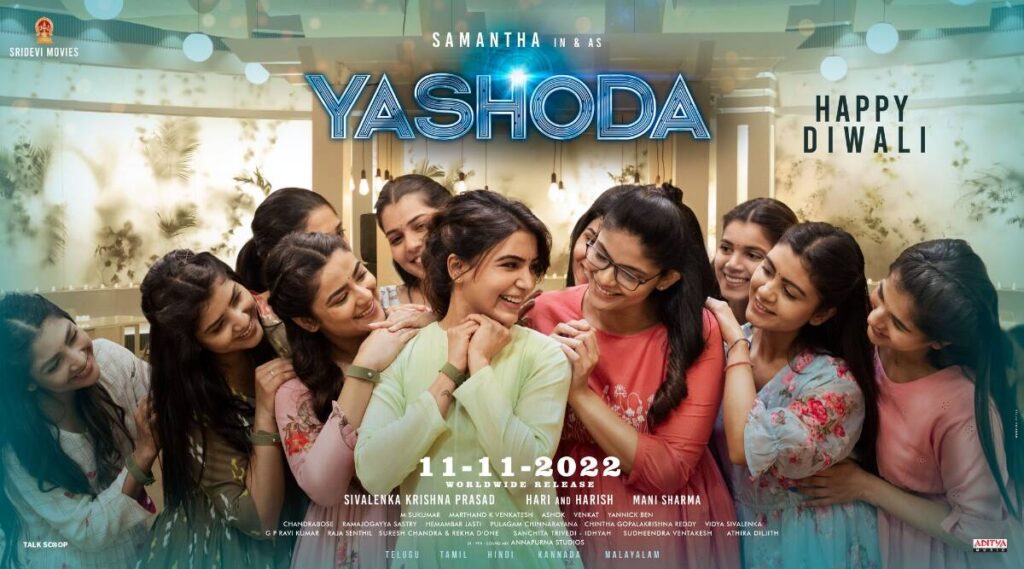 YASHODHA Yashoda is a medico- action thriller film written and directed by Hari–Harish. The film is produced by Sridevi movies.

YASHODHA has a surprise premise. The plots of medico thrillers are mostly interesting but they usually mess up with execution. YASHODHA begins well though over the course the developments and characters are fairly predictable. Like most films the logic goes haywire and the subplot is kind of unconvincing. There are moments where the narration drags without purpose. The first half sets up the drama that goes overboard in the second half. The climax isn’t great either.

Samantha carries well the film on her slender shoulders. Varalakshmi holds her own. Murali Sharma and Sampath are decent . Unni Mukundan is good.

YASHODHA relies heavily on an interesting premise to take it through..