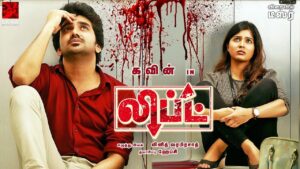 LIFT is produced hy Hepz. Vineeth Varaprasad writes and directs this film. LIFT gets an OTT release on DISNEY HOTSTAR.

For a horror film LIFT rather begins very docilely. The first few minutes are full of corporate nonsense that have been done to death. It takes inordinately long for the film to get to the plot. When it does it still does not stick failing to captivate the viewer.The film relies heavily on its background score to give the creeps but otherwise falls flat. Like most horror films the flash back and the reasoning isn’t suasive, though the domain is new.

Kavin delivers a decent perfomance. Amritha is good and fresh.

Cinematography by Yuva is tidy. Music score by Britto is a major asset. Editing is lethargic. Dialogues are plain and direction average. 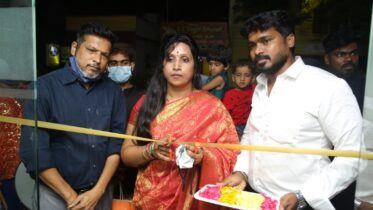 Cheap & Best Affordable Mens Salon was inaugurated by R.Hemalatha Advocate along with Special Guest K.Nirmal Kumar (Master Franchise of Cheap & Best). With an…