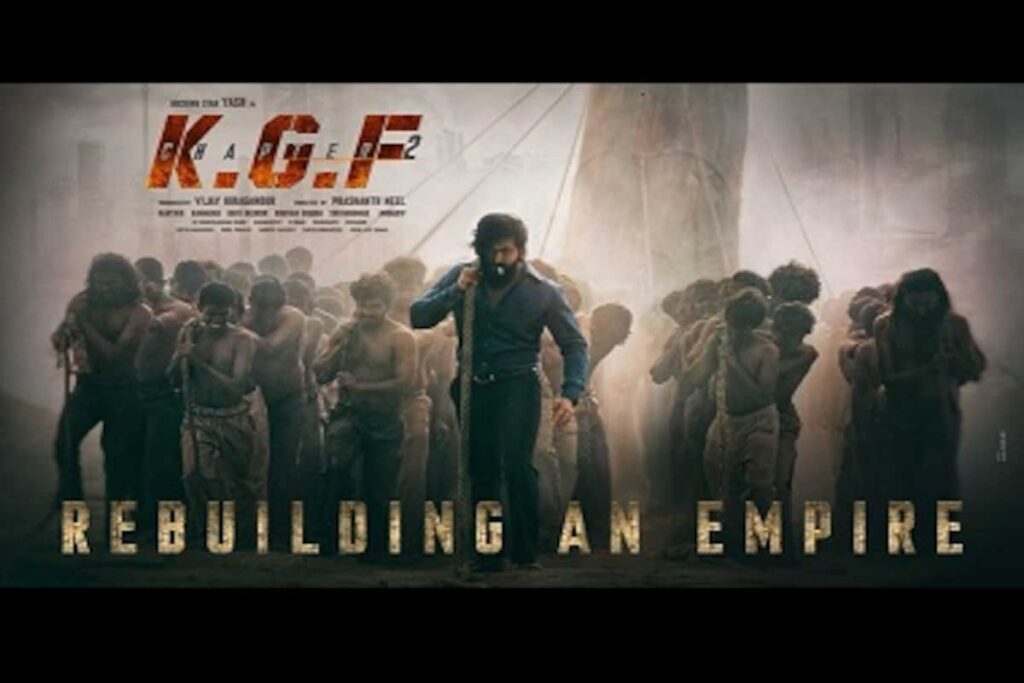 KGF 2 comes on the wake of a humungous reception to its prequel that almost made this film a cult franchise. Hombale Films produces this film that is written and directed by Prashanth Neel.

It is very tough to emulate a prequel; KGF2 has this arduous task to achieve it. The film makes a brisk start that would take some effort to comprehend. After Rocky’s brief massy introduction, the film lags quite a bit in-between until the arrival of Adheera that sets the screen on fire. A good interval block makes the wait for the second half interesting. It is in the second half that the film comes alive, save for some romantic and melodrama interludes that hamper the pace a little, and then on the movie is high on action masala that heightens the adrenaline rush. The action scenes are tightly packed. The climax is entertaining and the end has a hook. Downside is the content looks stretched and there are parts that fail to connect.

Yash is not just all swag but he emotes well and delivers a fantastic performance. Srinidhi Shetty has very little to do except look forlorn. Sanjay Dutt commands a terrific screen presence. Raveena Tandon is regal in her role. The rest are there without much to offer.

Technically KGF 2 continues to impress. Bhuvan Gowda’s cinematography is top notch. Ravi Basrur’s music is the soul of KGF and he doesn’t disappoint. Ravi Basrur’s sound engineering impact is brilliant. Ujwal Kulkarni could have worked his scissors more at a few places. Dialogues are good and direction by Prashanth Neel is of high standards.

KGF CHAPTER 2 is a little underwhelming in the story department but makes up with some spectacular visuals and stunning presentation that overrides all its shortcomings.