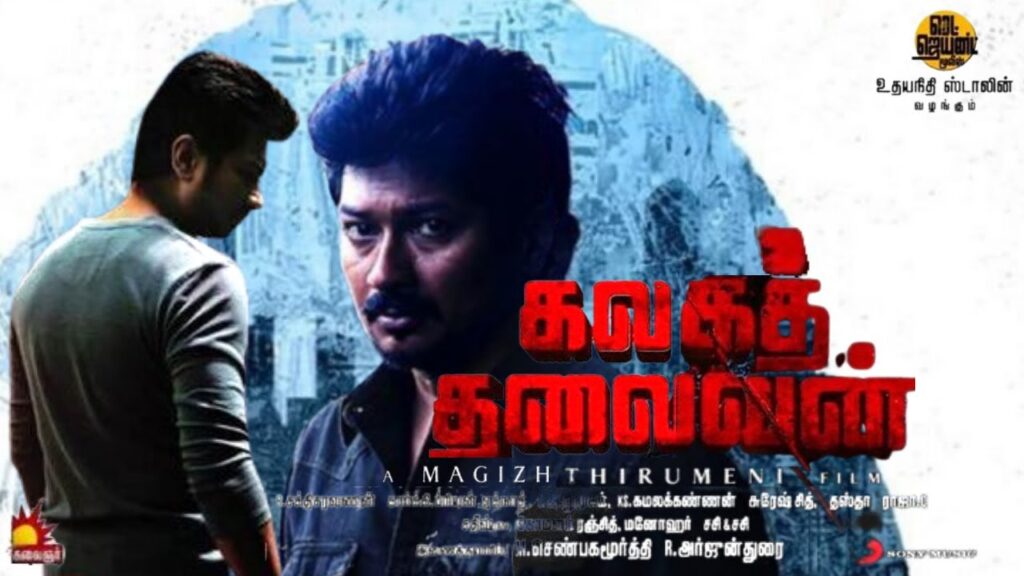 KALAGA THALAIVAN is an action-thriller film written and directed by Magizh Thirumeni and produced by Udhayanidhi Stalin under the banner of Red Giant Movies.

Magizh Thirumeni is known for his smart writing that more or less manages to camouflage the logic at certain places and the superficiality of its characters. KALAGA THALAIVAN too comes under the same pattern; there are show-pieces that work that thrills but then the build up does not match the results. By now you begin to realize these set-pieces don’t result in goals. At times it is highly indulgent on purpose and that can irk. The presentation is a drawl and the romance is annoying. What works for the film is the chase, otherwise it as a deadpan movie.

Udhaynidhi is decent in his role and does what is expected of him knowing his limitations as an actor. Kalairasan is good and so is Aarav. Nidhi Agarwal is OK.
K. Dhillraj, the cinematographer has done some work. Srikanth Deva’s background score is good. NB Srikanth could have snipped a few scenes from the film. Dialogues are OK and direction standard.

KALAGA THALAIVAN is a passable film.