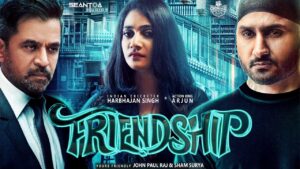 Produced by Seantoaa Films, FRIENDSHIP is written and directed by John Paul Raj. Legendary Indian cricketer Harbhajan Singh plays the lead role and there has been a lot of buzz due to it.

This script could have well been the usual template for the launch pad of a debutant young hero but ends up with Harbhajan Singh. Harbhajan’s recent love for “Tamil” after being associated with CSK seems to be his only qualification for this film. A college drama that oscillates between silly and stupidity peppered with a court drama feels like a 10 days test match. Even the cricket that is part of the film ends up embarrassing not the viewers but the cricketer in the film.

Harbhajan is a better actor in the cricket field than on screen. Losliya looks lost. Satish is like you expect him to be and the rest are just there.
Santha Kumar’s cinematography is very functional. DM Udhaya Kumar’s music is average. Dialogues are plain. Deepak’s editing is lame. Direction is dreary.

This FRIENDSHIP is a sinking ship ! 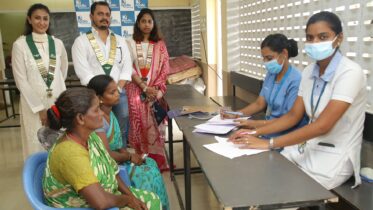