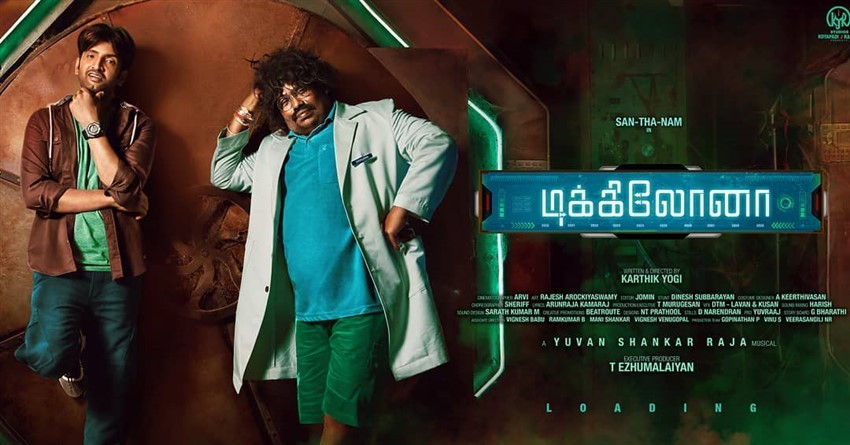 DIKKILONA is produced by KJR studios and is written and directed by Karthik Yogi.
After marauding horror films with comedy, Kollywood now pulverizes science fiction with comedy. DIKKILONA is a time travel script that feels like a Sundar C film co written by a 5th standard last bench science student. The comedy that the movie banks on is irascible while the characters compete among themselves to be the dumbest. The screenplay is a bundle of idiocy stacked for more than two hours to make the audience cringe.
Santhanam keeps trying, you never know for what. Anagha and Shirin have nothing to do. Yogi babu and motte Rajendran play their silly facade. The rest are even more numb.
Cinematography by Arvi is decent. Yuvan’s music is normal. Editing by Jomin is slack. Dialogues are forgettable and direction is sub standard.
DIKKILONA is that kind of junk that you can conveniently bunk..
DIKKILONA – DIMIKKI !
1/5
B.U.Shreesha
SHARE TWEET PIN SHARE 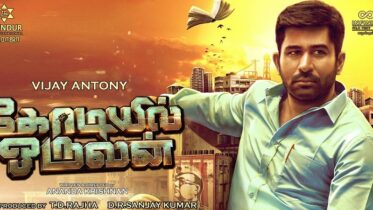 Infiniti Film Ventures produce this film that is written and directed by “METRO” fame Ananda Krishnan. Like the title the film has all the trappings…