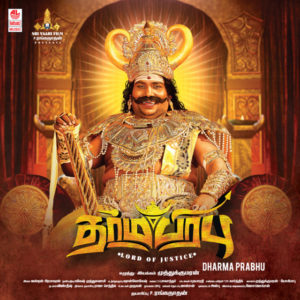 Ranganathan produces this film that is written and directed by S. Muthukumaran. The film garnered much interest as it has Yogi Babu playing the lead role.

The idea is not novel. There have been many movies that has Hindu mythology as it’s backdrop. But it’s not enough to have just a decent story line, the movie suffers from some pathetic writing and ridiculous dialogues. The much expected comedy is insipid and so is the screenplay that’s a boring drab. Like in most kollywood movies there are innumerable references to everything that has been beaten to death and totally looks out of place. The CG work is amateurish and the script absolutely stale.

Mahesh Muthhuswami’s cinematography is decent. Refreshing to listen to Justin Prabhakaran. San Lokesh goes on a holiday instead of editing. Dialogues are bland while direction is pedestrian.