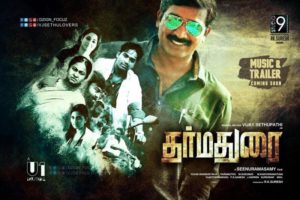 Seenu Ramasamy is known for his intense rural flicks and has had beyond borders recognition for his movies.  The national award winner goes for a star studded cast in Dharmadurai.

The story set in rural background labours on quietly with a lot of loose ends that is knotted in flashback mode. The first flash back is very lethargic while the second compensates for it. The script is sluggish though the screenplay replete with subtle humour tries to salvage the pace. There are quite a lot of interesting messages that the story delivers not loudly but in a very restrained manner that is quite pleasing. The “medical fraternity” background is quite uniquely presented sans the hype and sophistication and is very well integrated into the script showcasing them humble and inspiring.

Vijay Sethupathi revels in his role as Dharmadurai. He puts up a stellar performance.  The rest of the cast too come out trumps. Tamannah is sparkling in this sedate mature role and others including Radhika deliver strongly. The idea to go in for a strong star cast for even smaller roles deserve appreciation.

The cinematography is good while the editing could have been a little crispier. Yuvan in his background score rehashes his old tune that plays out in most parts. The songs with a rustic feel gels with the script. The dialogues are simple and do not go overboard trying to be intelligent or funnier. The direction extracts commendable performances from his star cast. As a writer the script could have been tighter though his noble intentions deserve appreciation. The team should also be applauded for not giving in to commercial demands and sticking to the strength of the story and the characters though there could have been temptations as well as potential in the plot to draw out mass moments.

On the whole Dharmadurai though a tad tedious, deserves a definite watch for an honest and praiseworthy effort from the entire team. 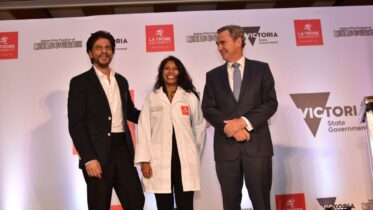