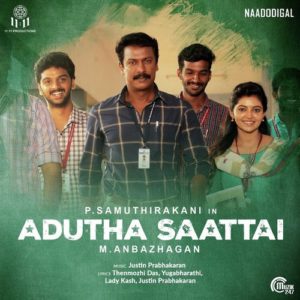 Dr. Prabhu Thilak’s 11:11 Productions produce this film that’s written and directed by M.Anbazhagan. The film has not been positioned as a sequel to Settai.

The premise of the film is clearly established quite early. With every kollywood film fancying itself to undo the wrongs of the society and the establishment, Adutha Settai too is no different and is very liberal in educating the viewers the right way. Sadly though none of the ideas are innovative nor inspiring. Bland characterization, silly romance and dumb comedy does not help either. The only plus being the length of the film and the focus of the film.

Samuthrakanni has done this role to death and yet again bores us with his “matter of fact” expressions. Thambi Ramaiah continues to waste his talent being the favourite whipping boy of kollywood in his cartoonish roles. The others just make up the numbers.

Adutha Sattai offers nothing new on any front. 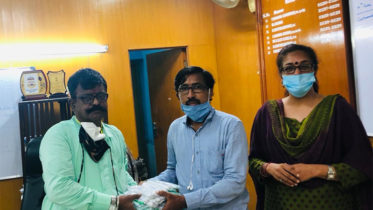